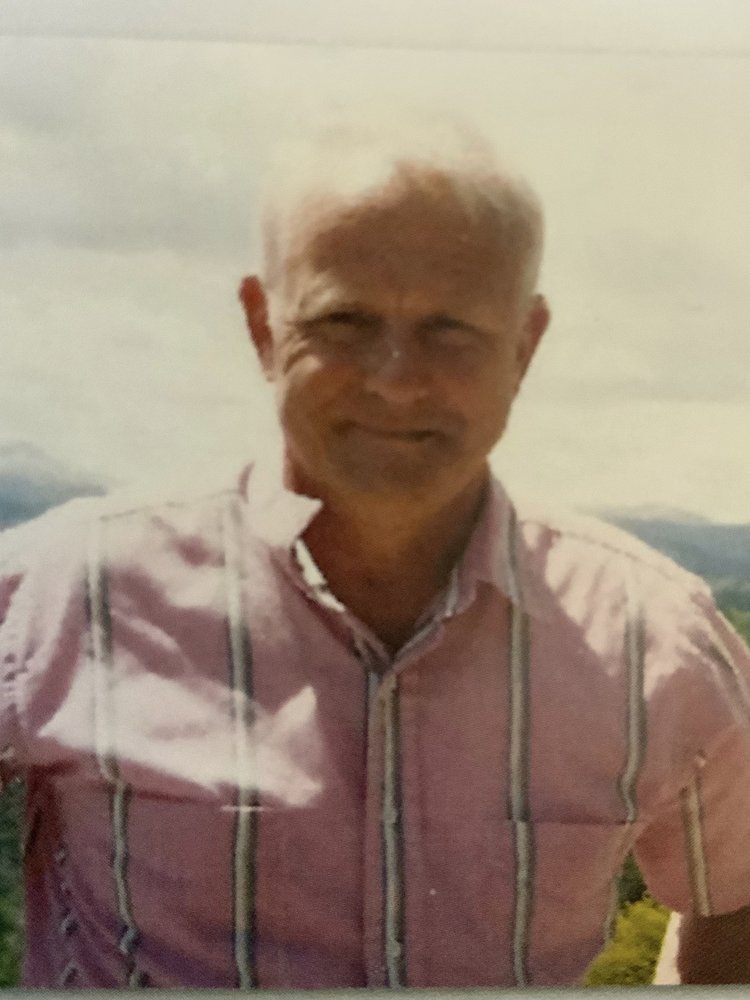 Weaver William “Bill” Baxter passed away peacefully on the morning of July 13, 2020, shortly after a long-distance phone call with his son, Cliff, during which father and son sang “You Are My Sunshine.”

Bill was born in Davenport, Iowa on April 17th, 1933 to Clifford and Lillian (Rasmussen) Baxter, the youngest of three children. Bill attended the University of Idaho on a football scholarship where he met and married Bettina Scott of Coeur d' Alene, ID. The couple had three children, Shawna, Susan and Clifford. Bill, a life-long athlete and student of health and wellness, long before it was popular, taught and coached in Idaho and rural Oregon, before moving the family to Eugene. He chose Eugene for his family because of its running and wellness culture. Bill earned his real estate brokers license, and operated Bill Baxter Realty until his retirement.

After Bill's first marriage ended in divorce, he met and married Linda Mitchell, becoming the devoted step-father of Linda’s daughters, Marlene and Christine.

Bill was preceded in death by his parents, his wife Linda, brother John, and sister Lunette. He is survived by his children, Shawna, Susan (Stuller) and her husband Stu and Clifford, step-daughters Marlene Somers and Christine Mitchell and grandchildren, Tehya Baxter, Tayden Baxter, Scott Stuller and his wife Emily, Anne Stuller, Grace Mitchell, Sophia Somers and Julia Somers.

Bill will be dearly missed. His support, kindness, encouragement and love for his family was incredible. His survivors and many friends remember him as a generous man who greeted everyone with enthusiasm, navigated the world honestly with a positive can-do attitude and was kind to everyone. When he made mistakes, he acknowledged them, asked forgiveness, and moved on a better man. Bill was a devout Christian who studied the bible and lived in faith. Shortly before he passed he indicated he was ready to go home. We are confident he got his wish, and is now home with the Lord.

A date for the reception in celebration of his life will be announced once gatherings are safe.
Arrangements entrusted to Musgrove Family Mortuary. Please access the obituary and you are invited to sign the guestbook at musgroves.com.

To send flowers to the family or plant a tree in memory of Weaver Baxter, please visit Tribute Store

Share Your Memory of
Weaver
Upload Your Memory View All Memories
Be the first to upload a memory!
Share A Memory
Send Flowers